Peeking into the future of surgery with Mixed Reality Dr Vishal Rao, oncologist and head and neck surgeon at HCG Cancer Centre in Bengaluru, dreams of mixed reality operating rooms in the future. The well-known health practitioner takes his first step in the direction with a pilot of mixed-reality spectacles in his OT for minor procedures. He discusses the invention in detail. Edited excerpts:

Can you describe the working of MR spectacles?

We have currently started its use in simple minor procedures to pilot its utility. The surgeon mounts the MR spectacles with its hand-held processor and prepares for his surgical procedure. The OT technicians or assistants can then, through their own mobile phones, mirror any scan images as desired by the surgeon to reflect on his eye wear. Thus, while doing these minor procedures, the surgeon is able to get a comprehensive visualisation of the tumour and compare it with images.

We also see a great deal of use for patient care. We recently had a patient who was feeling confined to his hospital room and feeling low. During my morning rounds, I asked him what he likes to do during his free time. He replied, ‘Sit quietly by a beach in Mumbai!’ We got him to wear immersive VR gear and took him to Mumbai’s Chowpatti on a VR tour. He got lost for a few minutes in time and space. He came out with a smile and said ‘I felt I re-lived a dream’. Simple steps such as these can have a deep impact on patients who are going through chemotherapy, pain, depression, and psychological disorders. VR is a great tool to use for healing.

What is your vision with mixed reality operating rooms?

Mixed reality (MR) or hybrid reality is the merging of real and virtual worlds to produce new environments and visualisations, where physical and digital objects co-exist and interact in real time. We found this concept had phenomenal potential to shape the present and future of assisted technologies for surgeons in operating rooms. What’s fascinating about MR are the possibilities. For example, while we are operating, we could get feeds from the system showing us the CT scans or MRI pictures of our patients, patient reports or even assisted avatars from a mentor! MR helps you remain in the physical operating room and yet keep you connected to the virtual world, encompassing both augmented reality (AR) and augmented virtuality via immersive technology. We have found it helps with education, training, and distant learning. 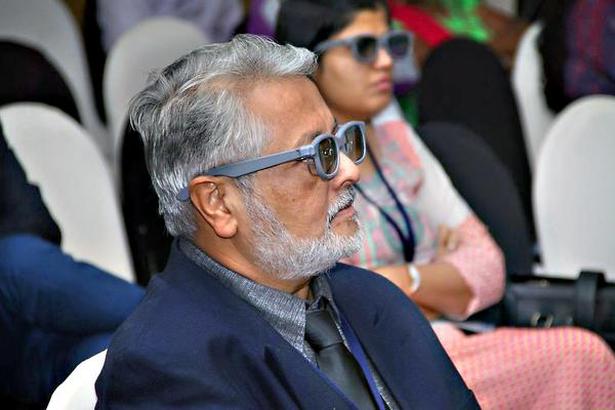 While AR is being applied in medicine in the West, where does India stand?

India has been rather slow to adopt and embrace AR in healthcare. This primarily stems from the fact that our systems lack cross-disciplinary integrations at point-of-care levels. While there are sporadic attempts to bridge this, they haven’t been sustained yet.

What are the challenges it poses?

We have taken special care to ensure that the devices do not disturb original vision, and hence the risks are minimal. In fact, these devices also have additional clip-on spectacle frames for people with eyesight disorders to avoid headaches. The current challenges we are working on to overcome are: How to support these wearables to be used for an extended time duration of 3-4 hours without causing any eye strain, creating 4k HD quality images for demonstration, and creating advanced avatars with interactive capabilities

From where is the technology being sourced?

HCG is currently working with various groups in India and abroad to source hardware and also trying to make some of our own with customised spectacles. Most of what we have used until now is sourced from the US. We hope India will soon be at the forefront for hardware innovations too, rather than depending on the West.

a) Immersive VR (3D and 360-degree capability) can be a great tool for training surgeons on specific surgical techniques in courses. Often, most surgeons tend to learn new techniques on cadavers and hands-on training. But with AR and MR, this can get a lot easier.

b) You can have surgeons’ avatars as mentors. A surgeon can be present as a virtual guide while some surgeon in some other part of the country is performing a surgery in real time and guide him on finer tips and suggestions. This can be an assisted mentorship programme using AR.

c) VILT (Virtual Instructor-Led Training) platforms allow us to use VR-AR interfaces for conducting online surgical classrooms and live relay of demonstration surgeries across the globe. Thus, we may not need to spend huge amounts to travel to another city or country, to attend a course or be present there in that operating room or auditorium; we could just teleport you in mixed reality.

d) Assisted AR for surgery can help build your patient’s reports, such as scans during surgery, which can help in planning and improving precision.

The inventor and fighter

Dr Vishal Rao has developed a voice prosthesis that enables throat cancer patients to speak after surgery (₹50). In 2017 he got the Judy Wilkenfeld Award for International Tobacco Control Excellence.